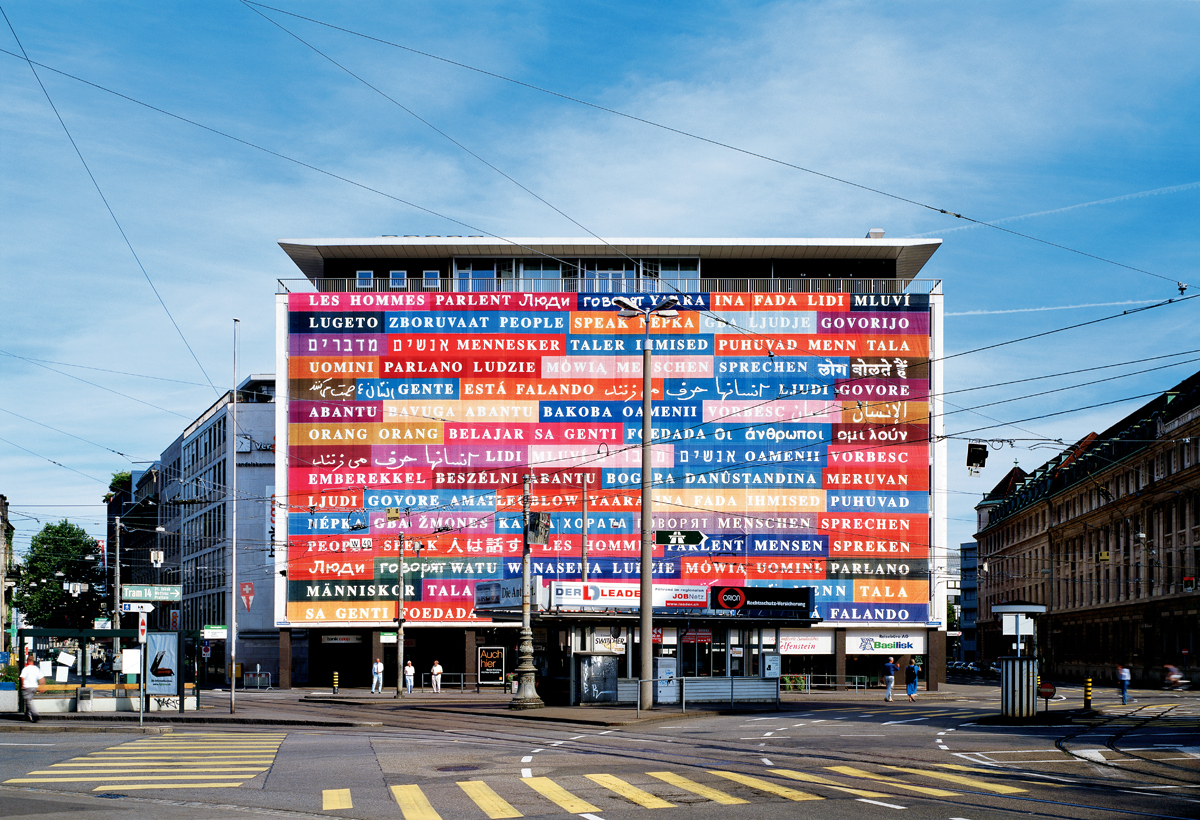 As part of Frontside, a temporary urban intervention, the words People Speak appeared in 30 different languages on a billboard at the Äschenplatz in Basel. In each case, two words from different languages were linked by colour fields. The work was originally realized for I am You – Artists against Violence, a public space exhibition in 90 European cities organized by the Munich Goethe-Institute in 1993 (110).