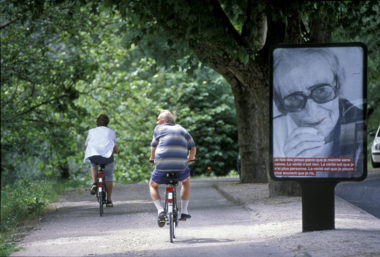 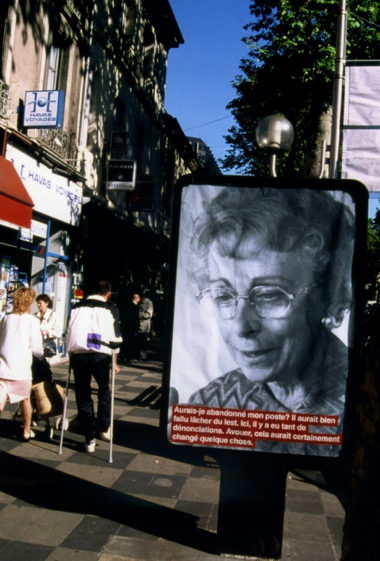 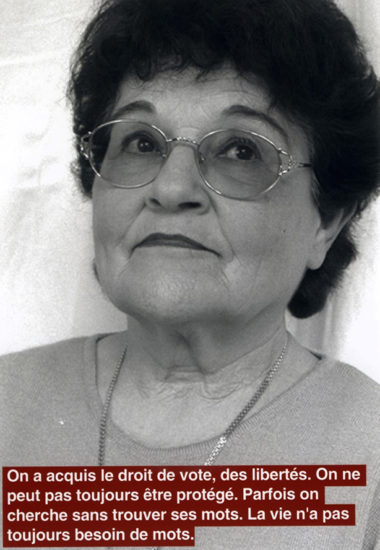 ... from his earliest works, Gerz has sought to link recollected experience to our present-day realities, through notions of historical reconstructions of memory modulated by the continual flux of doubt. He consistently avoided reconciliation of different histories, constructed from distinctly different vantage points, that form singular, unifying conclusions. Each work was seemingly irreducible to the categories, types, or genres familiar within contemporary art practice. Gerz’s work and that of his contemporaries crossed over into the realm of events, processes, and experiences in a desire to transform the viewer into an “author". Gerz reverses a classical aesthetic by pushing fiction back with real time events and everyday politics.

Gerz attempts to make the monument and the human being more similar to one another, since the monument too is subject to the workings of time. He abandons the notion of the self-sufficient, “eternal” monument, and instead creates a work that lives and dies. Its physical manifestation is temporary, but accompanied by the progressive revelation of an immaterial dimension, which essentially comes to expression through language.

Gerz’s mature work can be seen as a long-term effort to restore this practice of dispute to the monuments of the post-war avant-garde. His projects use written language not because of its presumed anti-aesthetic properties as in conceptual art, but because of its extraaesthetic appeal as a shared medium of commemoration.

Before pronouncement of the court decision in the trial of Maurice Papon – a high-ranking official in the Vichy government and a post-war minister accused of responsibility for the deportation of many Jews from the Bordeaux area – 48 female residents of Cahors between the ages of 70 and 103 are interviewed. They are asked about the relationship between their own personal, private truth and a public-social truth. A number of statements are taken from these interviews and integrated as texts into portrait photos of the women. They are displayed as billboards and slide projections in downtown Cahors, in an edition of the newspaper La Dépêche du Midi and in a publication (Act Sud).

The portraits are published as an edition as well (851).

Exhibitions of the documentation