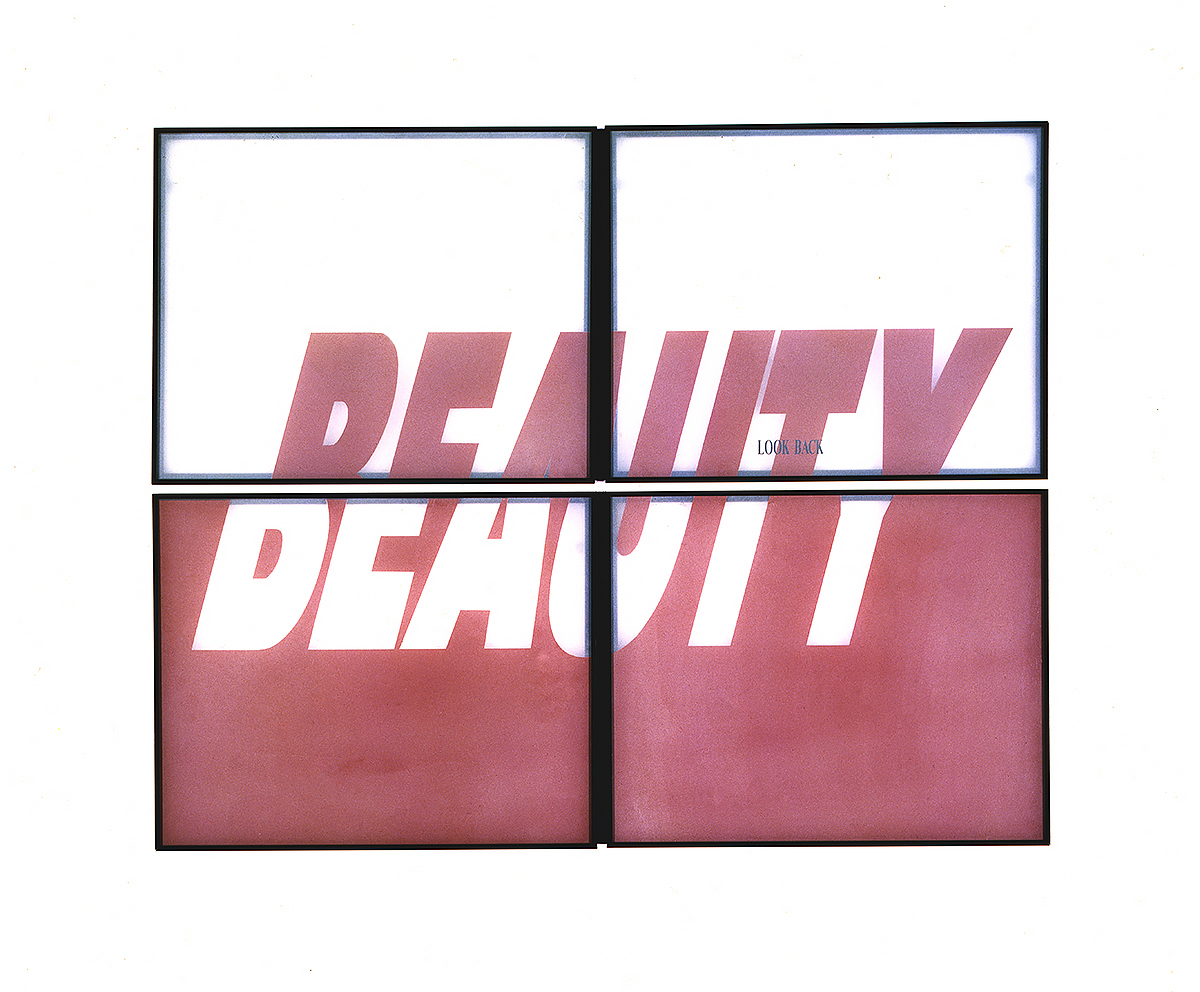 The recounting nature of the texts is reduced. In its place are short and poetic phrases, dadaistic snippets of words, slogans, logos and symbols, fragments of proverbs, words that are invented or combinations of words that are surprising and trigger off associations (such as GERM/GIFT). There are coded commentaries and reflections on the relationship of art and nature, art and life, world events and banality, printed in English, but as well in babylonian multilinguality. In visual terms, the texts now appear in large capital letters, no longer with their own text panel but as collage, integrated into the framed photograph. These collages are generated at the outset by way of multiple photographs and enlarged typewritten lettering and since 1988, have mostly been in the form of moulded vinyl lettering, punched out of red, white or black self-adhesive vinyl foil. The red vinyl foil calls to mind the paint used by Gerz in other work since the beginning of the seventies. Symbolically, the use of this colour triggers off a new relationship between text and image. The red vinyl text ‘deletes’ a part of the photo and by way of its message, however, has a reinforcing effect on the remaining part.