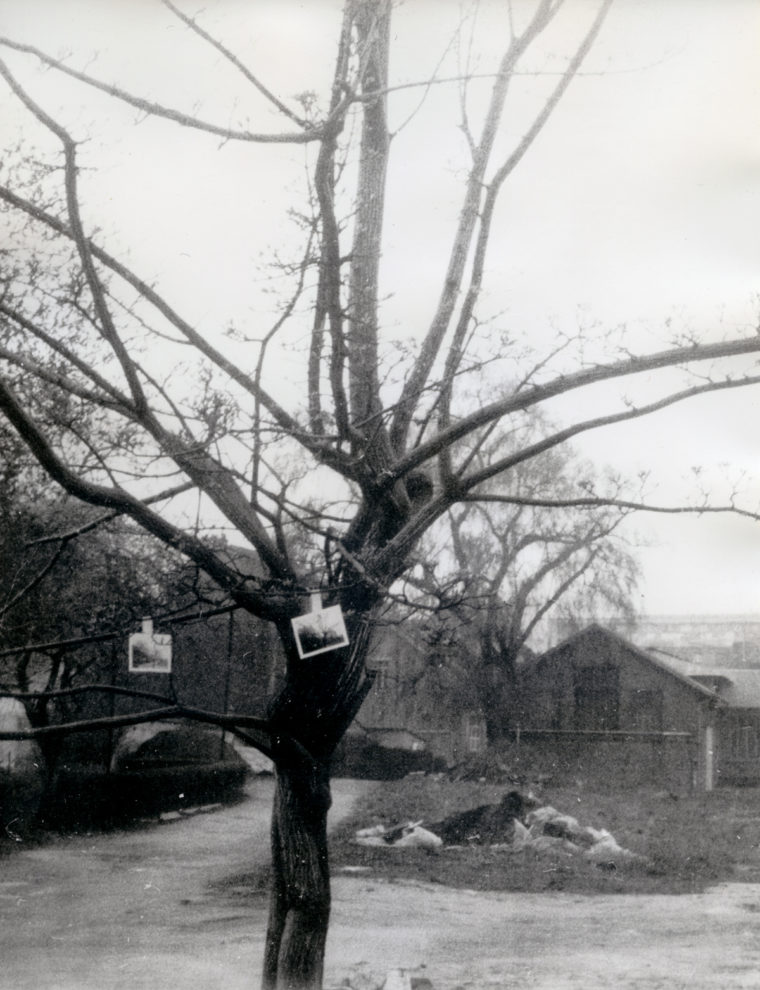 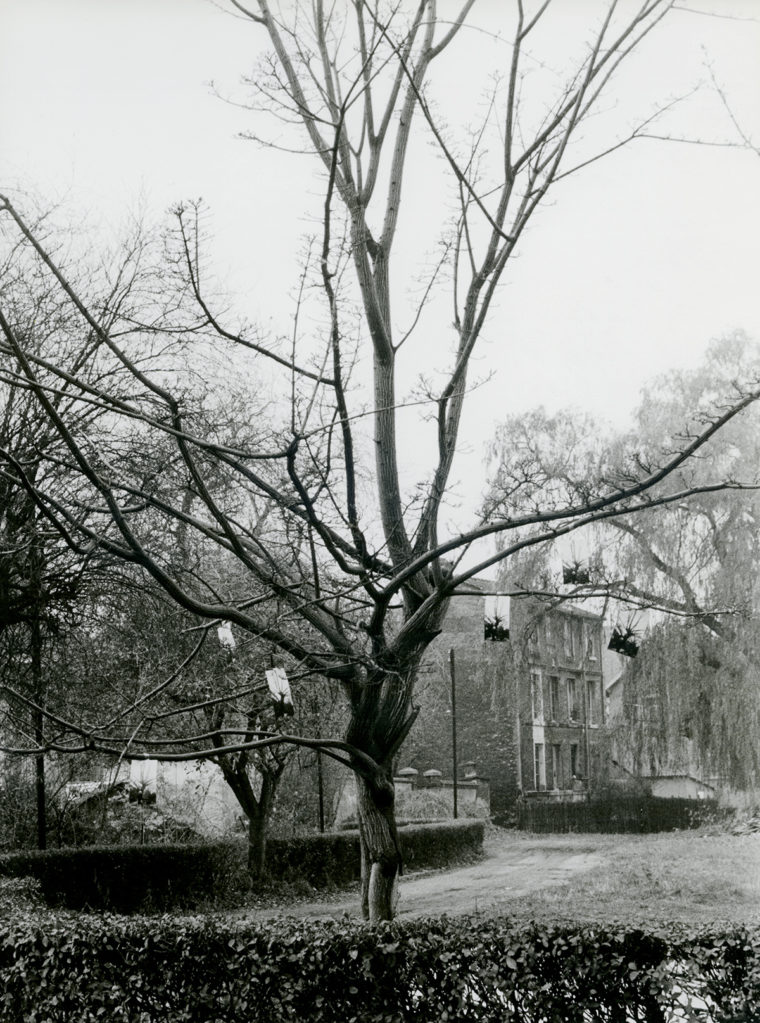 Jochen Gerz doesn’t work after, or in parallel with nature, nor is nature ever identified in his work with landscape or the cosmos, flora or fauna – themes to which the artist might devote himself with a critical, ecological or romantic impetus. Nature appears in Gerz’s work instead only as a fragment, an obvious illustration, an image excerpt – the unattainable goal of a never-ending attempt at describing it. It is thus never nature itself that speaks, is seen or discerned here, but rather always its counter-image, counter-text.

The Polaroid photo of a tree is hung among the branches of the same tree. The tree is photographed again, and the second Polaroid is also hung in the branches. The process is repeated five times.

A photo work of the same title is realized on the basis of the performance (613).