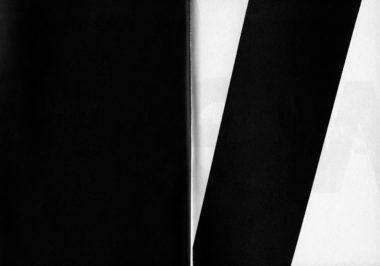 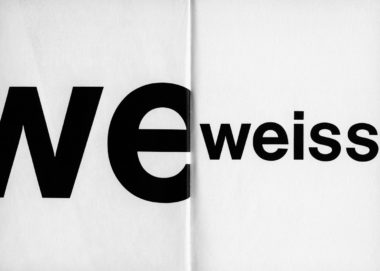 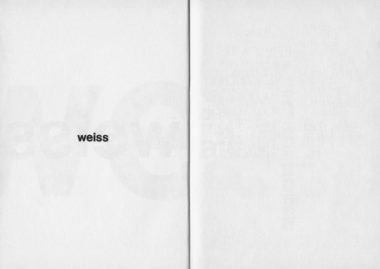 ...he brings work and the image back to their origin. "Weiss" ("white") is composed of letters: signs. White is only understandable through its opposite: black as a picture. Form gains meaning only in its context on the surface, in relationship to other forms, in signs and images, not through itself. The letters remain what they are: inanimate form. They take on their content through the eyes of the viewer.