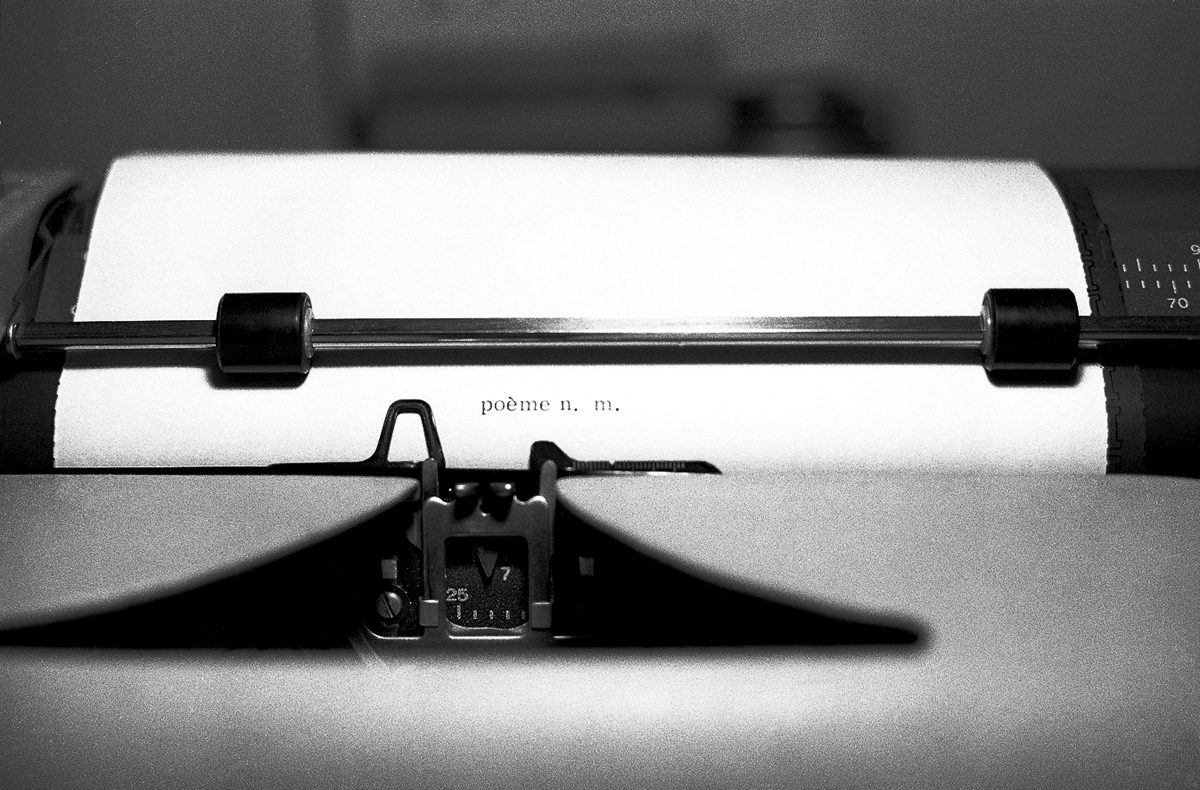 Gerz, the former student of German philology and ancient history who first referred to himself as a writer in 1963, had grown increasingly suspicious of literature. He felt that it was not flexible enough to permit imagination of the multi-faceted changes, cunning critical queries and interactions between the real and its presentation in the media, between artistic and everyday reality that were the focus of his interest – an interest that remained coupled with constructive scepticism, although his doubts now applied to art, to the goals, the business and the institutions of art and of course to his own existence as an artist. In bidding farewell to literature, he did not abandon language, however. On the contrary, words and texts have remained essential components of the art of Jochen Gerz for nearly five decades.

Photography of a typewriter with inserted letter, dimensions unknown