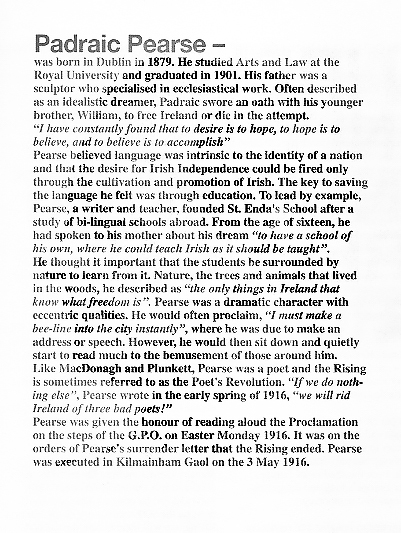 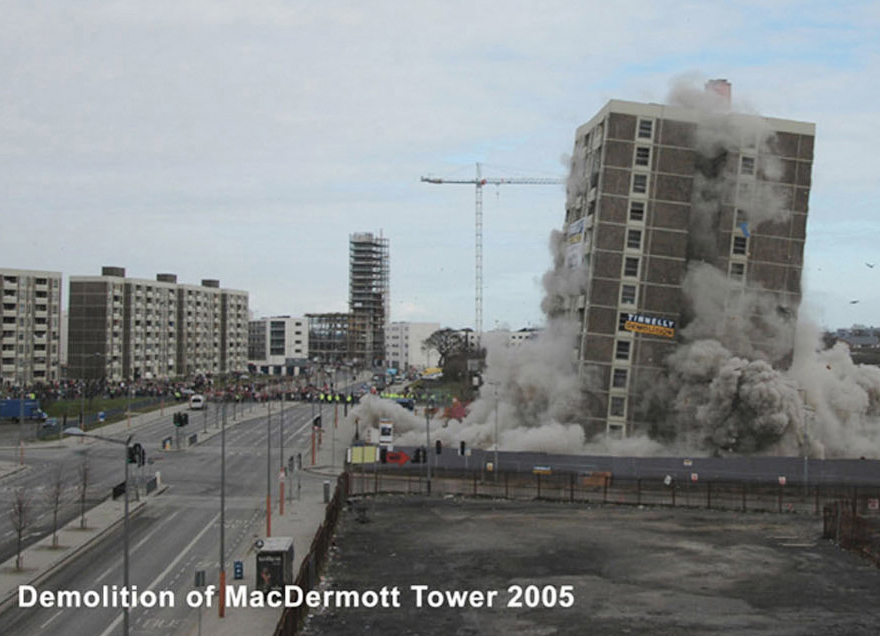 What are the means to question the world we live in today?

While working on 'amaptocare', Gerz was struck by how the towers had been personalised in everyday language by the use of the signatories' names, and how those names had come to signify the towers, as homes, more than they did the people they honoured. … this second project – now, the National Memory Grove – grew "organically" out of the first. … He secured one hectare, between Ballymun centre and the M50, and hopes to turn the sod on the grove at Easter next year – the 90th anniversary of the 1916 Rising. … Gerz paraphrases a line from Thomas McDonagh's poem 'The House in the Wood beside a Lake': "Far off, perhaps in a thousand years/ We shall meet again as we have met:/ A meeting of olden joys and tears,/ Which all the more endears/ In a wood of elm and oak and beech…"

The proposal to plant 400 oak trees in memory of the seven signatories of the Irish declaration of independence in 1916 (Padraic Pearse, Thomas MacDonagh, Eamonn Ceannt, Joseph Mary Plunkett, Seán MacDiarmada, James Connolly, Thomas J. Clarke) emerged from discussions with participants in the amaptocare work. The National Memory Grove was to replace the seven towers in Ballymun bearing the names of the signatories, which were demolished to make way for the urban redevelopment project. As in amaptocare, the oaks were to be donated by people from Ballymun and the whole of Ireland (Northern Ireland and the Republic of Ireland). Each oak was to be accompanied by a plaque displaying a participant’s response to a question posed by the artist (What are the means to question the world we live in today?). The National Memory Grove’s aim was also to provide people from different generations the opportunity to reflect upon their history and to express their contemporary identity in a text written to accompany their donation. The invitation to participate in this project of national significance would have been limited to 400 people.