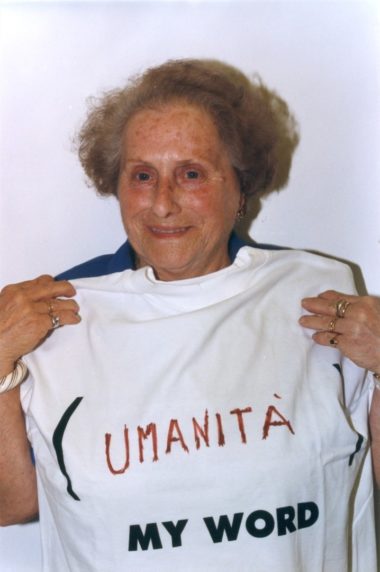 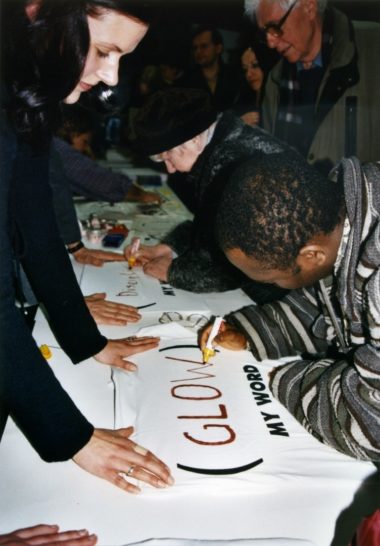 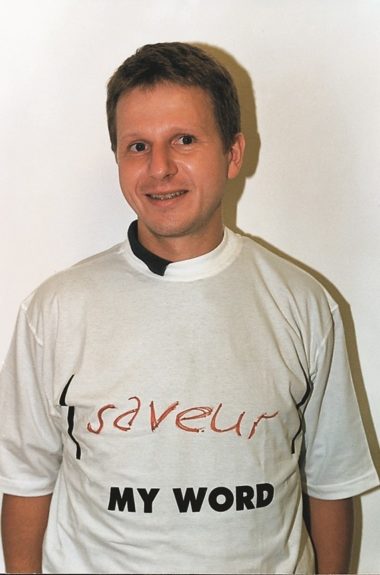 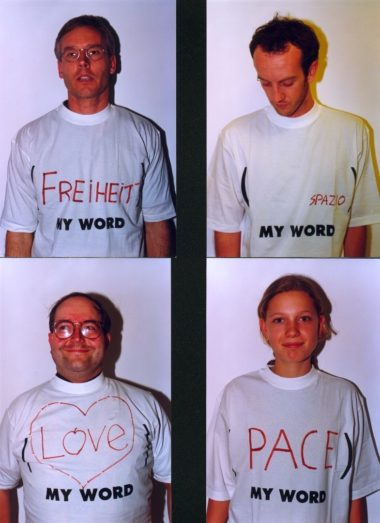 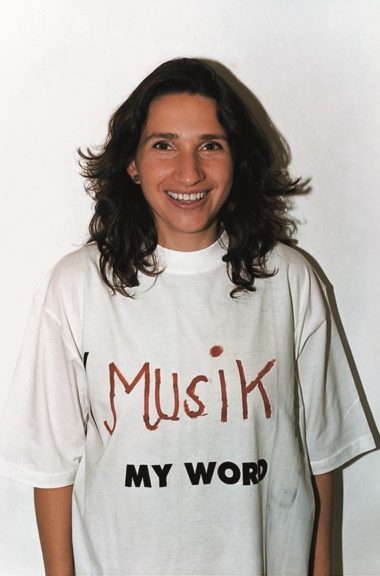 Even though the artist establishes the framework, he cannot any longer impact on the seriousness or lightness with which the participants choose their words. The result can hence only partially be seen as a poetic compendium of the most important words and their related terms, ideas, conditions and wishes. A comparison of the results of three places supports the conclusion that the participant’s choice ultimately falls on words, which outline a harmonic and humanistic worldview. … My Word is a multipartite work, whose parts are at the most different places simultaneously… One also has to talk about a multiple ownership of the work. By implementing it in the form of discussions, newspaper articles and advertisements, photographs and T-shirts, it becomes a media-artwork.

My Word was realised in 1999 for the exhibition Res Publica commissioned by the Museion Bolzano. The newspapers Der Dolomit and Alto Adige invited their readers to write the word that was closest, dearest and most important to them on a page of one of their editions. 245 participants accepted the invitation and took the newspapers with their words to the museum where they were exhibited. In exchange they received a T-shirt on which they wrote their words. The T-shirt was given to them on permanent loan from the Museion Bolzano. They had the choice of wearing it or exhibiting it at home. My Word remains a part of the museum collection, regardless of whether the T-shirts are used, lost or forgotten. After Bolzano, My Word was realised on both sides of the German-Danish border in Kiel (Kunsthalle zu Kiel) and Tønder (Sønderjyllands Kunstmuseum) as well as on the US-Canadian border in Windsor (Art Gallery of Windsor) and Detroit. Two language communities were addressed in each case.