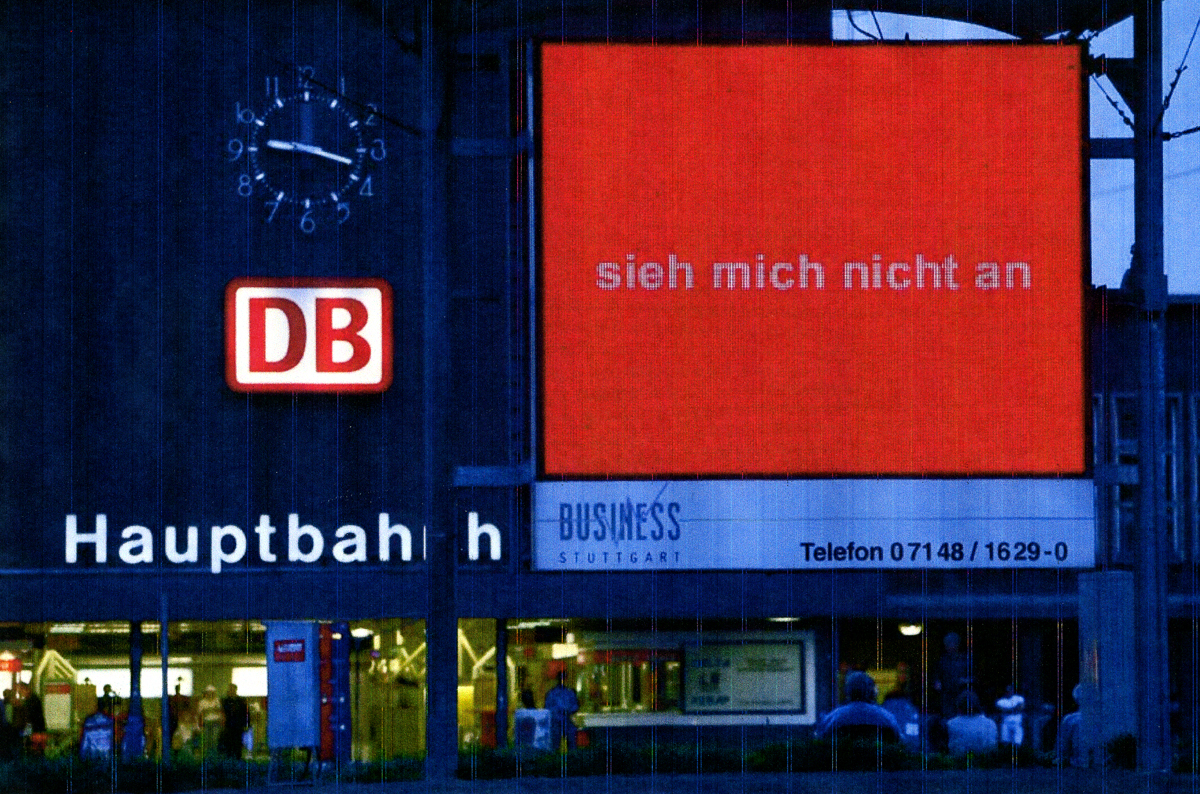 Do not look at meDo not name me

Each of his written and iconographic formulations has been made in full awareness of its media existence. Gerz himself expresses his thought in these terms: “Working with the media, on the media, working the media, it’s all one and the same. One can’t exist without the other. I don’t paint, sculpt, or draw, but I use photography, words, sound, my body, and also the moving image."

Displayed for the first time for one second each, between advertisements on an LED billboard at the main railway station in Hamburg in 1989, the ten texts from the Pictures at an Exhibition installation of 1974 were shown outside the Duisburg station as part of the PubliCity exhibition in 2006.